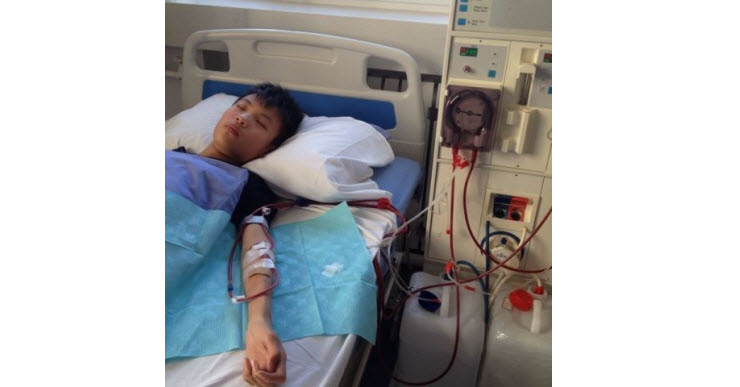 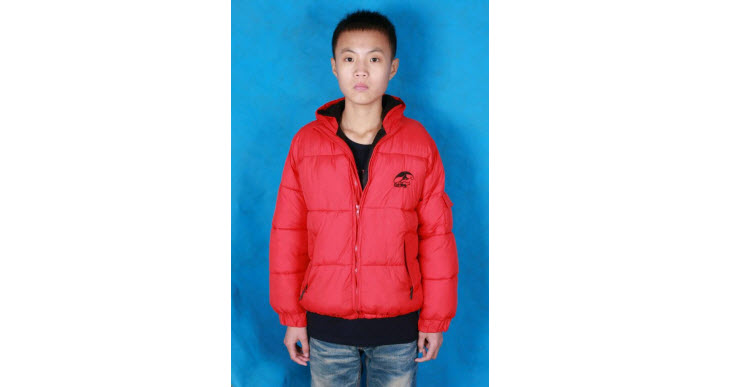 Since April we have, with the help of our community, been funding dialysis treatment for Wang Bo Lin ( 8,000rmb per month ). Although his aunt and uncle, with whom he lives, have known about his kidney problems for many years they had been able to put him on a transplant donor list as they knew that their family could not afford the transplant procedure.

We pledged to help and soon Bo Lin’s name was on transplant lists in 4 different hospitals ( there is no country wide list ).

After hearing that his father was actually a perfect match to be a kidney donor we asked the family why he was not forthcoming in helping his son. We were told that as the main breadwinner of a family of 5 he was reluctant as what would happen to the rest of the family while he was in hospital? Wang Bo Lin has lived with his aunt and uncle for many years as his parents were divorced when he was a young boy.

The aunt has now told Bo Lin’s father that he owes it to his son to donate his kidney, and thankfully he has now agreed. Roundabout has offered to cover the cost of food etc for the family while he is in hospital and cannot earn money.

PLEASE will you help us to help this young man ?

Here is a letter from Wang Bo Lin :

My name is Wang Bolin. I’m a 16 years old big boy. I have uremia. The medical doctors told me that there is no cure for me and gave up on me. But my dear aunt (wife of my father’s younger brother) pulled me back from death.

I was raised by my grandparents. My grandma told me that when I was only one year old, I was sent to live with my grandmother by my own mother. I have always been weak physically. There was no recollection of my parents during my first 12 years of life because they divorced each other! I don’t have a normal family. I was always looking forward to visits by my uncle and aunt. They work in the city and they bring tasty food to me all the time. Then my aunt would cook delicious food for us. How I admire their kids for their happy life!

When I was a fourth grader, my uncle took me into the city for school. I was very happy and had always managed to be on top of the class. Two years later my uncle’s family moved to Beijing. When I was in 7th grade, I started to have constant fatigue and I had put on weights. My grandfather didn’t pay enough attention to it. It was my aunt’s mom who noticed it and suggested me going for a check-up. The doctor told me that I had kidney problem and that the local hospital is not able to treat it. They recommended Beijing Children’s Hospital to me. I was so glad that I would be seeing my uncle’s family again.

During Chinese New Year Vacation of 2008, I went to my uncle’s home in Beijing. The diagnosis confirmed that I had nephritic syndrome.

In winter of 2012, my disease made a worse turn. Now it was kidney failure. I was unconscious. My uncle and aunt had been running around trying to save me. When my parent were told by the doctor in ICU I had no awareness left but some weak breathing, they once again gave up on me. But my aunt begged the doctor to save me, telling him that they would not give up even if they only had one cent left.

I am so grateful to my uncle and aunt. They have got three children of their own. The oldest cousin is going to be in middle school, the youngest boy is only 4 years old. My uncle works very hard to support the family, and my aunt takes such good care of us 4 kids, especially during the last three years. When I arrived in Beijing three years ago, my little cousin brother was only one year old, my aunt ran around finding me a school, going to parent conference and visiting doctors with me. She got up at 5 in the morning to cook us breakfast. I feel so happy living with them…

I can’t go to school now. Three dialyses per week take a lot of money. Yet my uncle and aunt tried their best to help me. My aunt never treated me like a patient. She encourages me often and paints beautiful pictures for my future. In order to urge me to learn, she asked her friends to teach me ukulele and applied scholarship for me to learn English. She’s made my life as fulfilled as ever and has told me to be a useful person. They are going to find a kidney for me to do transplant so I can live a normal life. She told me that I am a smart kid, and that my life has just started, so I will get myself ready for my colorful future!