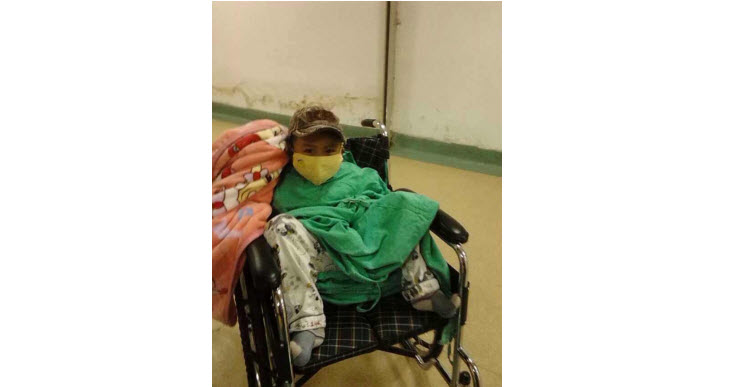 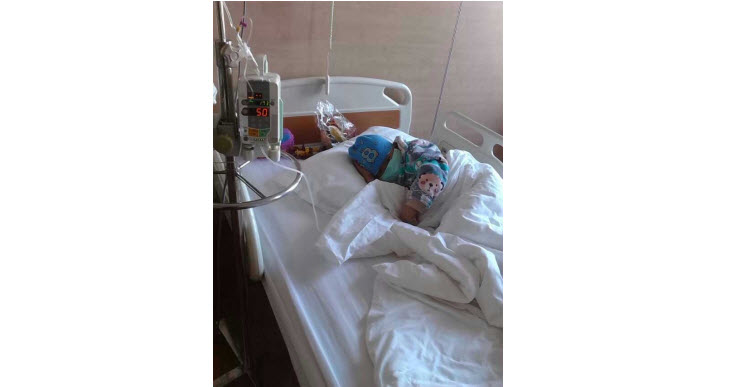 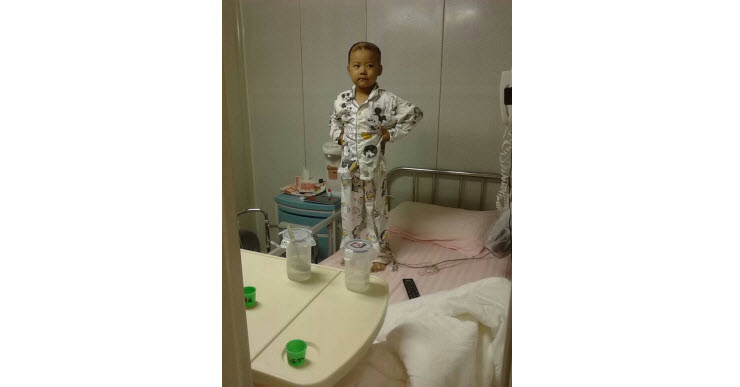 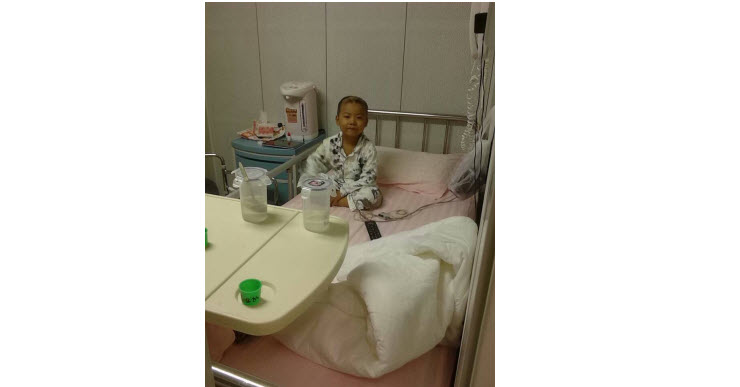 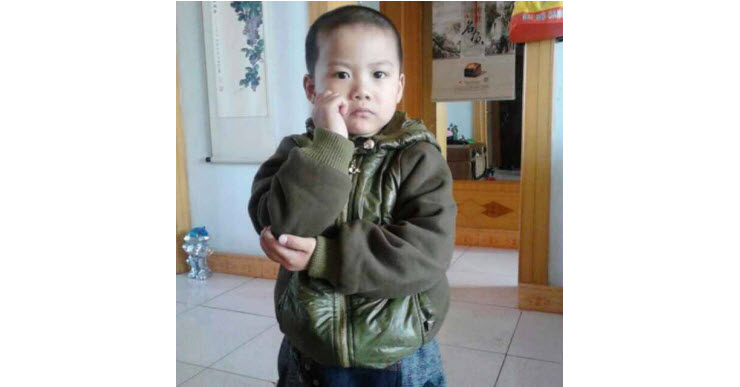 By the time that we found out about this little boy he had already undergone a bone marrow transplant however his family had run out of money ( most of which had been raised by well wishers on Wechat ) and urgently needed another 100,000rmb.

Roundabout immediately made a donation of this amount into his hospital account. We were delighted to hear that all was going well….. but then 2 days ago we heard that he had developed a fever and intestinal problems.

Doctors estimate he will need another 300,000 rmb to pay for his treatment.

24th October 2013 – we transferred a further 100,000rmb from store sales but as we have many other children in need right now we are really going to struggle to be able to donate any more.

We are so worried that treatment will stop when the money we just gave runs out.

PLEASE, if you or your company can help this little boy then please let us know immediately.  This need is URGENT.

My name is Gao Qiang, 40 years old, a worker with a monthly salary of 2,000rmb. We are from Qingyuan Township of Weiyuan County in Gansu province. My daughter Gao Ran was diagnosed as having primary epilepsy, incomplete brain development and deformed bone structures when she was five months old. During the following few years, my wife and I had visited numerous hospitals to find a cure for her. The hospitals that we’d visited are: No. 2 Medical College Hispital of Shanghai, Beijing Children’s Hospital, Xi’an Children’s Hospital, No.1 and No.2 Lanzhou University Hospitals, Lanzhou Army’s Hospital, Minshan Hospital of Tianshui City, People’s Hospital of Dingxi City. We spent over 150,000rmb on her medical cost and as a result we were more than 100,000rmb in debt.

Because of my daughter’s sickness, we were permitted to have another child. We sadly had another sick kid. On January 17, 2012, our son Hanghang was diagnosed to have acute lymphocytic leukemia. Our little family was once again facing desperation. My wife and mom almost fainted on hearing the news. I collapsed by the wall with no strength to stand up. Our little son kept on comforting us while wiping his own tears by saying: “Grandma no cry, mommy no cry. Hanghang will be a good boy!” During the following few days, Hanghang’s blood cell count fell below 1/200 of normal range. His life was lingering at death line. My wife and I were buried over with huge medical bills. The doctor told us that we would need at least 400,000rmb to treat Hanghang’s disease. But with my daughter being very sick, my wife out of job, we hardly got by with my meager 2,000rmb monthly salary, let alone to pay such a huge amount! My only hope was to get kind help from other people. Regardless of what the outcome was for my kids, I only wanted my kids to be able to laugh and smile like every other kid!

With the kind donation from caring people, we were able to finish Hanghang’s 11 chemo therapies and went home. But who knew his condition would become worse again only after only two months at home! We went to Lanzhou for two more chemo sessions and then went to Beijing. Our only problem is medical cost. We don’t want to give up our boy’s life. But if we don’t try to find money for these treatments, our son won’t last for two months. His life is our responsibility. We will have to do whatever it takes to give him that. My poor boy hasn’t seen me for several months already. Every time when he says that” I miss you dad”, I feel helpless. My own father is taking care of my sick daughter. Everyone in my family is living in fear. But what can we do about it?

Gao Zihang arrived at Beijing on August 29, 2013. He was checked into Lu Daopei Blood and Tumor Center in Yanda Hospital (Hebei Province) for bone marrow transplant preparation. Since there is still 0.5% of leukemia cells left in his body, he was under another chemo therapy again on September 5th. When he was checked into Yanda Hospital, Director Wu Tong and Principal Doctor Liu Deyan from Daopei Center had predicted to us that the whole treatment would cost us about 700,000rmb.

In the afternoon of September 11, Hanghang was sent into the sterilized transplant zone. He finished a series of transplants during this period. From day 29th after he received the transplant, he started to have intestinal side-effect, a sign showing that his body is rejecting the transplant. Luckily the rejection has been put under control but the cost to do it is rocket high. His daily expense is around 7,000rmb. The main reason is that he needs an injection of a very expensive medicine every three days. And each injection costs 9,730rmb. The intestinal rejection causes him to have as many as 30 bowel movements a day at its worst time. Now his condition is better and the injection has been reduced to once per week. But the doctor has predicted that he needs to stay in hospital for another 3 to 4 months.